In our first article, we looked at some of the basics of securing databases, examined several examples of major data breaches, and reviewed best practices companies use to prevent hackers from accessing sensitive information. In this article, we are going to look at some advanced database security issues and recommend steps you can take to address them.

With the explosion of big data and cloud computing in recent years, database security is more critical than ever. Sites like Facebook use massive, unstructured databases managing millions of data points to handle their enormous user base of more than one billion. Clearly, these types of computing environments provide security challenges.

According to Imperva, a California-based cyber-security company, there are several major security threats to organizational databases. They include:

These challenges are magnified in advanced databases. Although similarities exist between traditional data security and big data security, the differences include:

To meet these challenges, the SANS Institute, an organization focused on security research and education, has developed a list of recommended security controls that increase cyber-defense for advanced database configurations. They include:

As powerful as modern technology is, sometimes it is hard to believe that computers that process millions of points of data on a daily basis can be crippled so easily. Yet, data breaches on a massive scale are regular items in the news. Here are some examples:

If you are working with cloud vendors, is your data safe? Database security for enterprise computing and the cloud are much the same as non-cloud databases — data breaches have been happening at an alarming pace in both environments. However, placing data in the cloud means it is not on the same site as your organization, which adds another dimension of risk.

One of the sales points cloud providers extol is that they have specialists who are experts in their fields and so have advanced knowledge that your organization may not possess. While that may have validity, it may not be true in all cases.

In addition, using many people means more of the human element, always a greater risk to data security than any other factor. Even though cloud computing presents an idyllic world of data being secured somewhere “up there,” in truth, it is located in a data center much like the one at your site.

You should be asking cloud providers question such as:

Database security for both traditional bases and the high-speed, high-volume distributed databases of big data and cloud computing are similar. However, the significant size, speed and complexity of databases managing huge amounts of information mean they are also open to a bigger attack surface, more points of vulnerability and increased physical environment concerns.

The best practices, strategies and tactics for effective security implementation remain the same for both environments: Keep track of hardware devices on the system, closely monitor all applications on the network, come up with solid guidelines and benchmarks that you apply to every program, consistently evaluate potential vulnerabilities in your system and come up with a plan of remediation, and constantly encourage end users and company personnel to maintain good security habits.

This wraps up the second article in our two-part database security series. In the first article, we looked at basic database security procedures that can be implemented by database administrators, especially those who may be new to the position. We recommended straightforward procedures like strengthening network security, limiting access to the server, cutting out unneeded applications, applying patches immediately, encrypting sensitive data and documenting baseline configurations.

In this article, we looked at the bigger picture of advanced database security by examining today’s world of cloud computing, big data, and unstructured databases. We discovered that, while the scope and size of these environments differ greatly from a localized, traditional database, the security concerns are the same. Implement these ideas, and you will have taken major steps toward preventing a critical data breach at your organization. 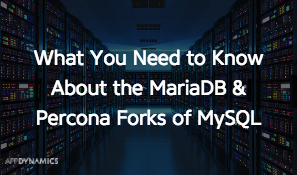