Dispatch from AppSphere #2: Transforming the Future

Dispatch from AppSphere #2: Transforming the Future

The AppSphere general sessions kicked off Monday afternoon with a full house in the beautiful Chelsea Theater at the Cosmopolitan. Joe Sexton, AppDynamics president of worldwide field operations, opened the afternoon sessions, followed by Founder and CEO Jyoti Bansal, who presented the Application Intelligence address. 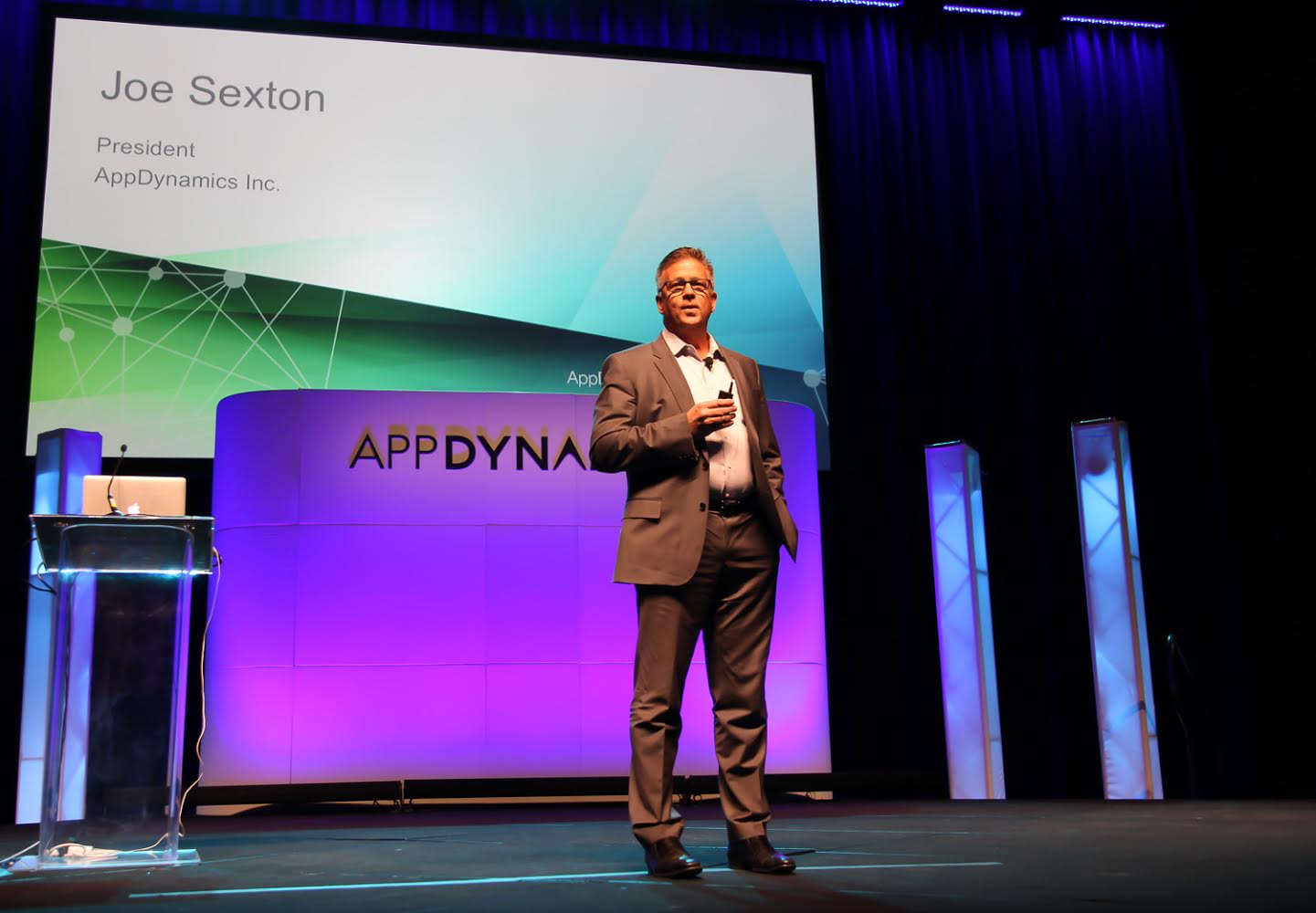 I couldn’t help but be struck by what a powerful group of individuals filled the auditorium. To the average onlooker, they may have appeared to be a bunch of brainy computer types. But in reality, these are the people who keep the country’s and the world’s money and goods flowing, the internet working, the news and entertainment coming. Without these people whose focus is how well the software works, our world would be a poorer place in so many ways. It’s such an honor to have them all come together to explore the present and future of application intelligence with us. And I’m glad they’re not all flying on the same plane!

In his Application Intelligence address, Jyoti Bansal described the “generational architectural shift” that’s been evolving with increasing rapidity over the past five years, as applications become more complex and distributed, and mobile, cloud, big data, and the internet of things shape the creation and consumption of digital applications. To thrive in this new world order will require greater communication and cooperation than ever between development (who talks about code), operations (who talks about fixing things), and business (who talks about revenue and conversion). The AppDynamics vision is that all the stakeholders can rally around the business transaction as the common unit of management. 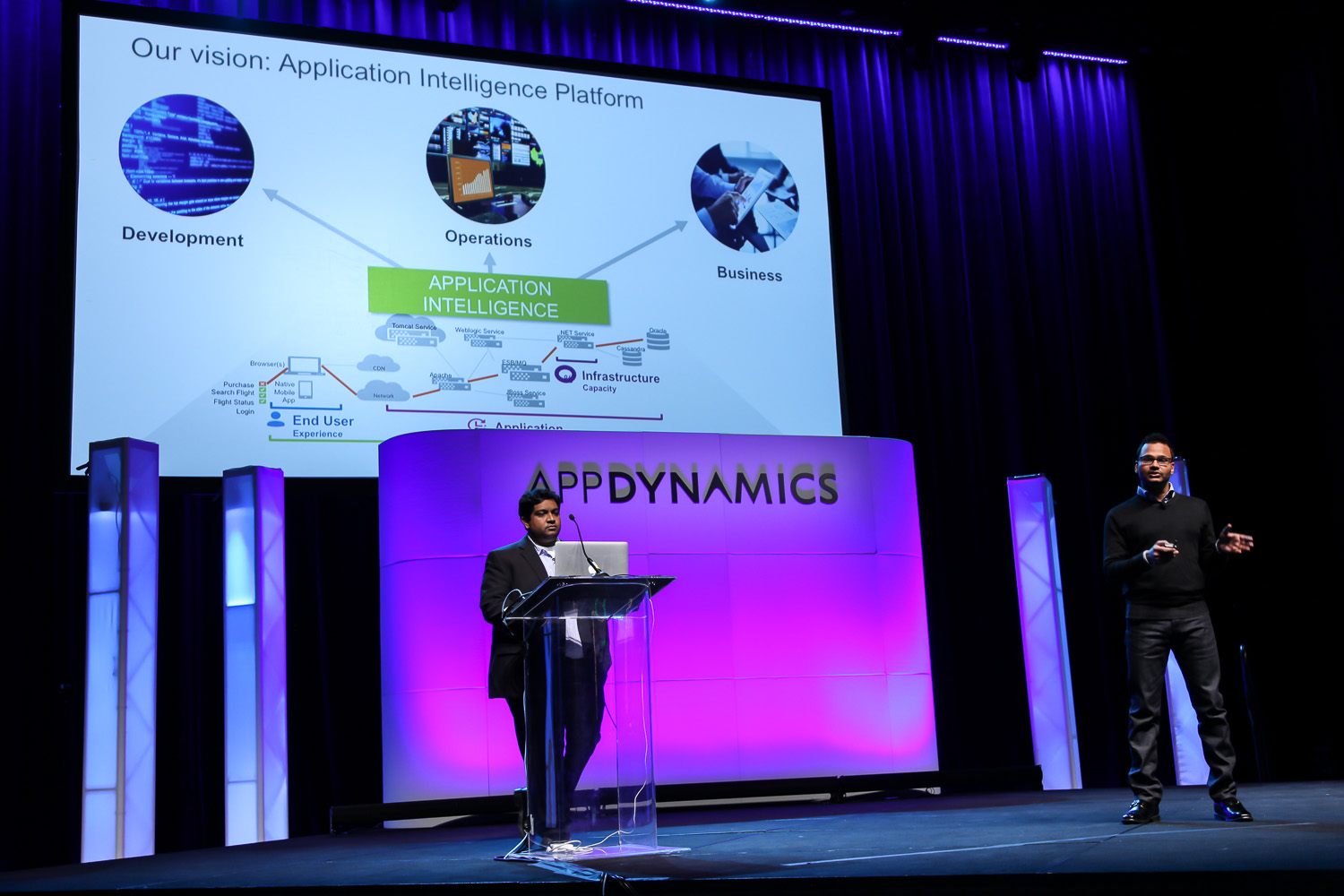 Jyoti went on to describe how the AppDynamics Application Intelligence platform addresses the challenges of this generational shift, and used that as a launch pad to describe the exciting advances in the new, soon-to-be-available AppDynamics Fall 2014 Release, specifically:

Unified Monitoring with one platform for all monitoring needs, and now the full integration of database monitoring into the main AppDynamics platform, as well as C/C++ monitoring.

DevOps Collaboration facilitated by the new Virtual War Room, which gives teams a common space for diverse and dispersed teams to communicate and troubleshoot together.

Application Analytics, which, through automated data collection in real time with business context, facilitates a host of powerful analysis and insights.

AppDynamics CTO Bhaskar Sunkara provided live demos of the Virtual War Room and Application Analytics for an audience that appeared delighted by the new functionality.

1. Expect lots of peaks and cliffs
2. Rates of change matter
3. Anomalies matter — they’re almost always the start of something
4. 1 second is the new 1 minute
5. Source of most monitoring data: Logs

(For the record, AppDynamics Application Analytics aims to change #5.) 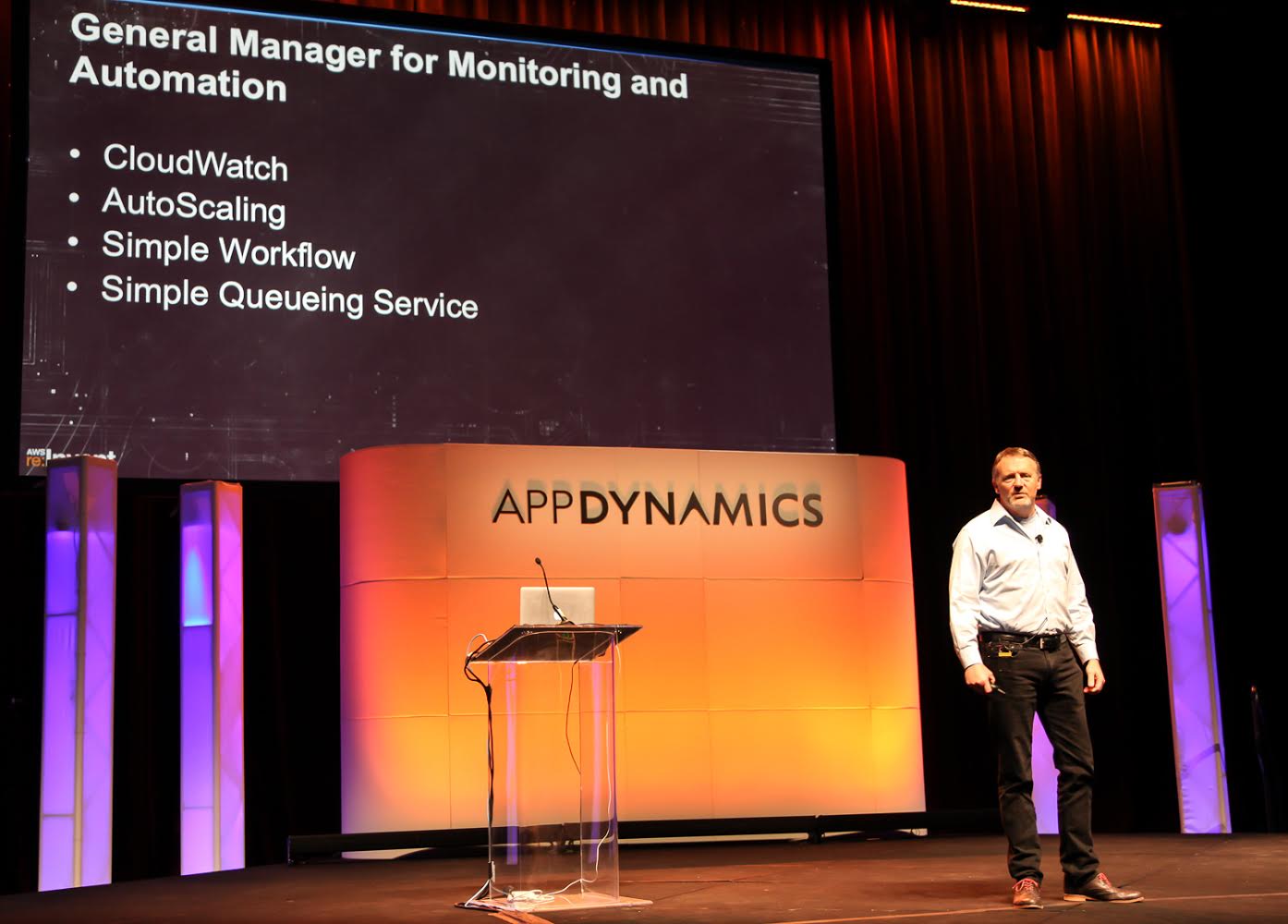 Words of success for DevOps, BizDevOps

Spencer Schwab, staff application engineer for Citrix Systems — whose GoToMeeting product we use almost every day — delivered an inspirational session on his experiences evangelizing for a DevOps, and ultimately a BizDevOps model, for Citrix Systems. First, he described the process as he sees it for getting things done as five P’s: Passion, partnerships, positivity, persistence, and patience.

He went on to describe how these principles apply to effecting the cultural change and collaborative attitude required for devops, and the ultimate desirability to incorporate business into the equation as “bizdevops,” for greater alignment from the top down, more effective resolution of conflicting priorities, and greater information transparency.

He finished with another set of words he considers foundational for success and strategy: Failure, focus, fervor, faith, and forgiveness. 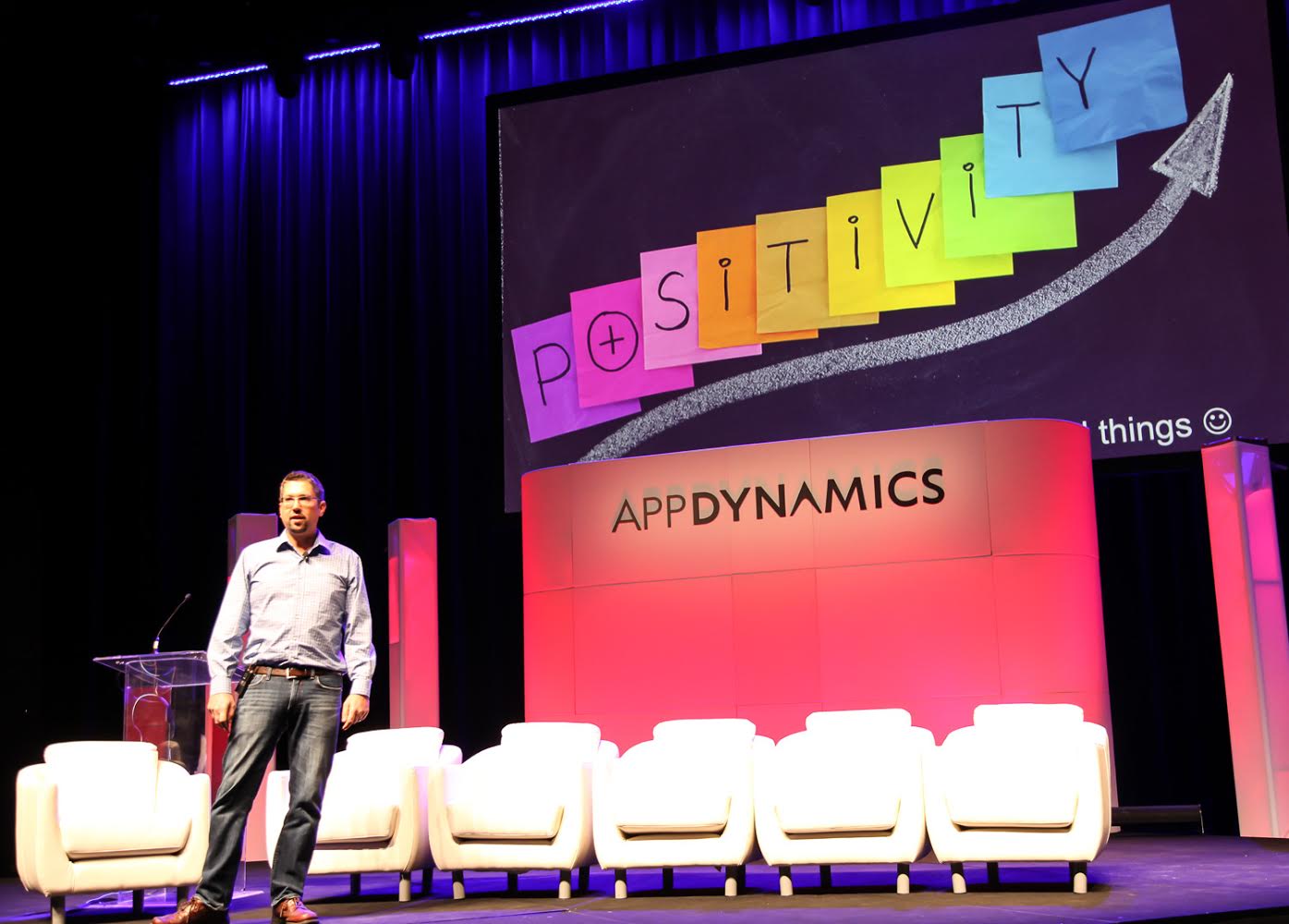 A big finish for day one

The last session of the day was our cloud panel, which I’ll cover in a separate post. The day ended with a large number of attendees clustered around the demo stations in the Developer Lounge — a beautiful sight to see! — before making their way to dinner and networking in the Sponsor Pavillion.

By any measure, the first day of the first AppSphere was a huge success. Day two promises to be just as exciting. 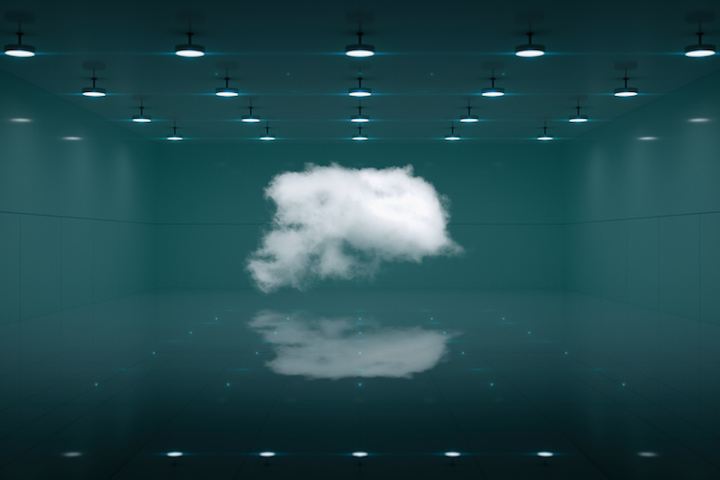