Blog > Engineering > Beyond Bitcoin: How Enterprises Can Integrate Blockchain into Business [Infographic]

In 2016, blockchain technology came close to hitting its peak on Gartner’s annual Hype Cycle, signaling an imminent shift from an emerging, theoretical technology to widespread adoption. Like cloud, big data, and the Internet of Things (IoT) before it, blockchain is the tech industry’s latest Next Big Thing. Analysts and industry experts say it holds immense potential for organizations, but many business leaders don’t yet see a practical application for their operations. While a lot of people know blockchain is the technology behind Bitcoin, Ethereum, and other cryptocurrencies, what about enterprise applications in other industries? What exactly is blockchain?

The code that makes up blockchain is incredibly complex, and only a few thousand people understand it. On a high level, it’s a data structure supported by peer-to-peer (P2P) protocols that form a distributed, decentralized transaction ledger. Every member on the community network uses the same “consensus mechanism” to verify every transaction made through the network, creating a unique, permanent audit trail. Thanks to the distributed nature of the blockchain, there’s no single point of failure, and no way to make modifications to the transaction record.

You may start to hear a new acronym—DLT, or Distributed Ledger Technology. Many experts think 2017 is the year blockchain technology will gain traction in the enterprise, and new mainstream understandings about the technology will lead to high-value applications and process simplifications as general adoption trends progress to line of business solutions.

It’s important to understand that blockchain isn’t a technology layered on top of existing infrastructures in order to tweak the way business is done. It requires a different way of thinking and an entirely new approach to business. There are no middlemen involved in a blockchain transaction to facilitate and verify the exchange; it’s all done instantly on the distributed network, with the record of transaction logged permanently in the database. It’s a machine-to-machine process that has no human touch points once the transaction is entered.

Blockchain is the next iteration of the connected enterprise. It’s the next logical step in a data sharing ecosystem in which every process is now—or will soon be—digital. The amount of data we have to process is overwhelming. As IoT takes hold, connected smart machines and devices will exchange information and execute automated tasks.

Blockchain is already used in a handful of applications including cryptocurrency. This year, as more people set their minds to understanding the technology and finding creative applications, we will see a sharp increase in new use cases in industries as diverse as agriculture, finance, healthcare, energy, and manufacturing. The promise of blockchain is exciting, but there are some significant challenges to work out before widespread adoption is realistic. One of the biggest is security and privacy. In June of last year, hackers exploited a vulnerability in Ethereum’s blockchain code to steal $60 million. Because of the distributed nature of the blockchain, a certain number of Ethereum’s network would have had to agree to rewrite the rules in order to recover the money. Several refused to do so, citing the sanctity of blockchain’s immutability.

It was eventually resolved, but the incident left the banking industry cold. A few months later, Accenture developed a way to edit the blockchain, which caused no small amount of controversy among blockchain purists. But the edit feature was welcomed by the financial industry. Before enterprises feel safe entrusting their financial records and other sensitive information to a blockchain, they’ll need to see a lot of security advances.

The other big hurdle is the lack of regulation surrounding blockchain. Remember the FBI vs. Apple debacle where the feds wanted the manufacturer to unlock an iPhone used by terrorists in the San Bernardino shooting? The FBI used a 227-year-old statute as the basis of their argument. That’s how slowly governments move on new technology.

However important the information on that iPhone, that situation was a lullaby compared to the alarm bells blockchain has set off. Remember, there’s no intermediary for blockchain transactions. Banks are subject to federal regulations, but Bitcoin and other cryptocurrencies are not. Further, new advances in blockchain encryption show promise for the ability to hide the origin or destination of the assets exchanged. This all spells trouble for governments trying to collect taxes or institute consumer protection laws.

On the practical side, the infrastructure needed to give a large blockchain such as Bitcoin integrity is massive. Some experts estimate that you’d need more than five megawatts of data center just to track users’ currency. Blockchain applications require immense cloud infrastructures, with each transaction conducted as a virtual session within a data center. As blockchain grows, the demand on servers will increase dramatically, necessitating investments in advanced storage solutions such as hyper-converged infrastructure. The World Economic Forum predicts that by 2025, one-tenth of our GDP will have made its way onto the blockchain. For a nascent technology, that’s a bold prediction. But we’re living through a period of technological transformation that moves at unprecedented speeds. If you’re not already thinking about blockchain, you may already be behind. How Continuous Integration Works, and The Big Benefit No One Talks About May 9, 2017 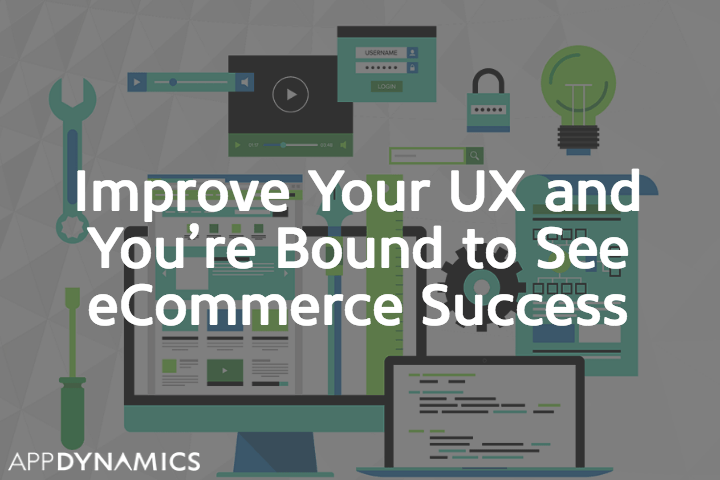 Improve Your UX and You’re Bound to See eCommerce Success May 1, 2017