What’s new in the Summer ‘14 release for Java & .NET Developers

What’s new in the Summer ‘14 release for Java & .NET Developers

Summary
Take a closer look at how our best in class feature set for Java and .NET enables developers to deliver better performing, higher quality apps.

As part of AppDynamics’ Summer ‘14 release, we added support for a plethora of new features in the Java & .NET product modules.  What does this news mean for Java & .Net developers?  Let’s take a closer look at how our best in class feature set enables developers to deliver better performing, higher quality apps.

This industry-first feature allows .NET developers to drill into the physical health of a machine that hosts a .NET application. Correlate application performance to exactly what was happening on the server at the time of the incident.

View health metrics like CPU and memory consumption per process on the machine: For developers, understanding exactly what occurred on the machine when a particular exception or error was thrown, and automatically correlating this data with performance metrics is invaluable information for finding and fixing bugs and production issues.

In another industry-first offering for .NET developers, AppDynamics now automatically detects and tracks CLR crashes in IIS and provides crash details to find the root-cause of .NET application crashes even faster than before. With deep-dive visibility into CLR crashes, .NET developers now have another datapoint they can analyze in real-time while investigating the root-cause of application crashes and performance bottlenecks.

Service endpoints are all about providing flexibility in how they visualize different services within the UI.  By allowing users to create a business transaction for any service, .NET developers can now create a custom endpoint that they are particularly interested in.  This is most helpful in large, complex environments that are common within our enterprise customers.  A development team may only work on a particular part of the larger application that only deals with one or two services.  By allowing dev teams to create a business transaction for just those services, they can get granular visibility into how their part of the app is performing.

Step 1: Choose a tier and add a rule: Step 3: Define the service endpoint and create the definition: Service endpoints give developers the flexible view they need to track the granular metrics for the services they care about most.

With added support for Java 8 and WebSockets, AppDynamics has extended support for our industry-leading Java application performance management product module.

With this release we’ve increased compatibility with the latest generation of Java & Scala tools and frameworks.  By providing support for Java 8, AppDynamics now supports new features like lambda expressions and parallel operations.

Test drive these new features yourself by signing up for a free trial today. 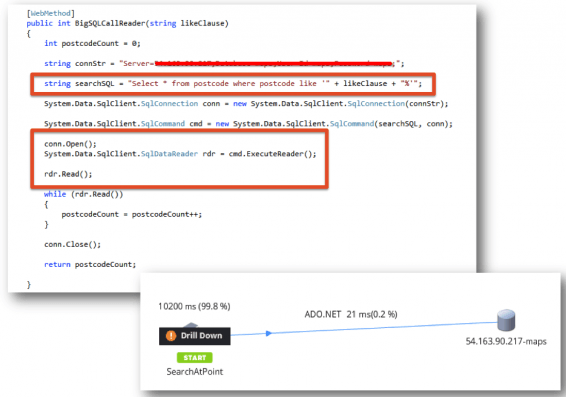